As you know, Betty Friedan wrote The Feminine Mystique (1963) and co-founded the National Organization for Women (1966). She was born on February 4, 1921, and died on February 4, 2006. To commemorate the 100th anniversary of her birth, VFA has gathered some powerful voices to reflect on how Friedan and the Second Wave women’s movement changed the world – and what the future holds for feminists. 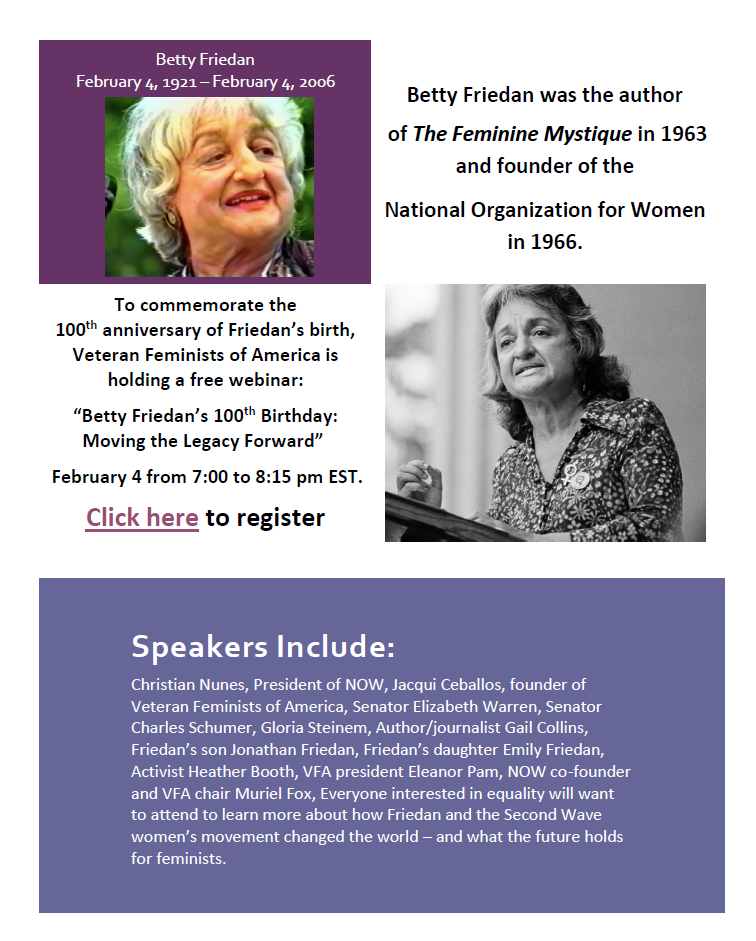